Affiliations:
This functions very much like guilds or factions from video games. Now for more details:

Each Nation (Latilor, Litania) State (Redoran, Hlalu, Telvani and Dres), Great House (Calisha, Slanshin,Pelor, Valrin, Johnty, and Matro) and clan (Odakata, Mixal, Mixamis and Ormak) has an affinity. An affinity means you are in a position of some (though it will always start out lowly) power. This has many boons and banes. While interacting with members of that organization you receive a +1 to all charisma related checks, and discounts on goods and services. How much depends on your status in that house. You can also get a one time “raise dead”(note: raise dead works differently here, and you won’t find out how till somebody dies!) as long as someone can get you to the location in the time allowed by raise dead, and the particular faction has raising ability (which some do and some don’t). You must still pay for this raise dead, and generally speaking you will only be able to ever be raised once per character.

Also, certain PRC’s are going to be limited to different factions (Like the Hellknight is Pelor or Redoran) so check with your DM if going into a PRC.

The disadvantages is that others might not like you, and treat you worse, perhaps even imprisoning you for no reason other than being in their land. How drastic this is depends on your rank with the opposition nation, if you hide it or if you are attempting to be a double agent(see below). At some point if you keep working with the organization, it becomes impossible to hide ones affiliation (unless going as a double agent) as you have accomplished too much within the organization. Also, if you are not near an affiliate when you die, and are near an opposition, it might be impossible to get you where you need to go in the time allotted for raise dead or similar abilities. Your enemies may be willing to raise you though, for a price.

Nation Affinity: A nation expects you to be loyal to them, but they will allow their members to be part of a State. They consider the Great Houses a nation, and the clans are enemies, so affiliations into either of those groups is not approved of, and might be grounds for imprisonment, banishment, or even death.

States: States tend to allow you to join any other non-state affiliation you want, as long as they hold similar values.

Houses: Houses encourage their elite members to have many different affiliations, even with other houses, and often use double agents.

Clans: Are generally not in the loop, so will not even notice if you have other affiliations. They do tend to look kindly on House Johnty, as they are closest to them in kin.

Double Agent Some players might want to go the route of Double Agent, which can be a very fun and fulfilling route. Perhaps even the whole party wants to go this way, and this particular campaign lends itself very nicely to this kind of political intrigue. Being a double agent is risky business. Being a double agent means working for one group, and going undercover at one, or more than one other affiliations to feed information, technology, military secrets, magic, etc. to the opposition. While a double agent, you gain DOUBLE the bonuses to goods and services, when you have access to them, but no active prestige (only a few people know you are working with them). You will earn DOUBLE inactive prestige, which if you leave the role as double agent, you will then get, perhaps shooting up several ranks in the affiliation in one action, though you will loose that same amount from any who learn that you were double agenting them. Therefor, most double agents remain double agents unless they get found out by there opposition. You can also have multiple double agencies, which is EVEN MORE DANGEROUS! These have a multiplying effect on each other. These roles are recommended most for heavy skill classes, and quite possibly lion blade or master spys. 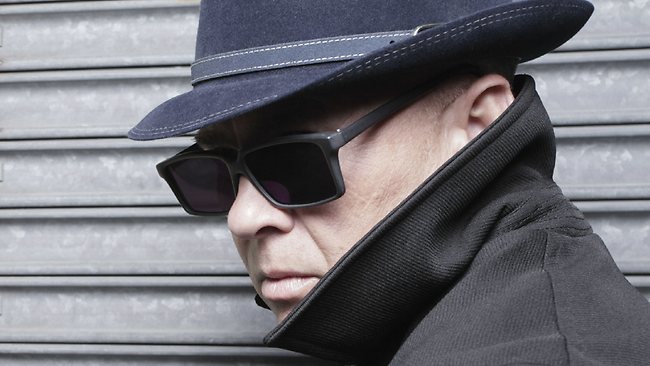 Free Actions: Free actions are limited to 10 per round, including in there talking (which is limited to 6 words or less).

Alignment: No alignment, instead you have Chaos. You can start with anywhere from 0-25. If you ever hit 100 your character becomes an NPC. Protection from Law/good and similar effects work on anyone whose not turned Chaotic. Protection from Chaos/Evil and similar effects only work on people who are full Chaos. The exception is the sweet spot, if a target is between 85-99 Chaos they do not count as Lawful or Chaotic. Casting both Chaos and Evil spells add to your chaos score. For those of you familiar with warhammer this is a very similar type of chaos.

Surgeries: With the general nerf to healing magic the people of Domcur have used science to help fill the gap, and this comes in the form of surgeries. Outside of raising the dead (which has its own rule sets) surgeries can fulfill the function of any type of spell, such as remove curse, greater restoration, regeneration, Heal and even wish or miracle for the purpose of healing.

You cannot usually perform surgery on yourself. You will need to find a qualified surgeon with a lab, or at least a field kit. The DC of all checks are increased by 5 if using Surgeon’s Kit over a full medical facility.

The DC of a surgery check is 10+ the minimum caster level required to cast that spell. So a third level spell surgery has a DC of 15. The cost of a surgery is double the cost that the spell would usually cost to pay someone to cast. If performing the surgery on a friend you can reduce the cost to only double any expensive components, though if the repair is done in the field with a surgeons kit, it also takes a number of charges from the bag equal to the level of the spell it mirrors.

The DC to install an implant is equivalent to the DC of making it. The cost to have an implant installed is equal to the highest involved DCx20.

Getting a surgery is not without it risks. If you fail by 4 or less you fail to perform the surgery but nothing bad happens. If you fail by 5 or more something went wrong. What is up to the gms discretion and the type of surgery being performed. You may not take 10 on a surgery.

In general, you want to spend DC of surgery/5 in days of rest. You may be able to perform light or partial downtime activities(depending on how you’re feeling), but not full actions. If you fail to do so you need to make a DC = to the difficulty of the surgery. If you fail you gain a negative status effect (varies based on surgery) that lasts for 1d4 weeks +1 week for every point you failed by. For every 5 DC the surgeon beats the check by, reduce the amount of bed rest needed by 1 week (to a minimum of 1 day). 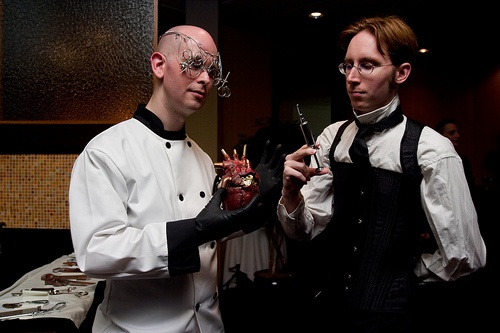 Items:
Tech Stuff has its own basis, standard magic.
Magic Stuff is 110%
Adding Magic to Tech Stuff is 120% of base
Magical +’s does not compensate for overcoming DR.

Essence: All character have an essence score. Your essence is roughly your hardiness towards accepting technology. It in a small way also resembles your humanity. As ones essence drops, they usually feel less connected to those around them, and their family and friends. All tech implants cause essence damage as outlined under Prosthetics, Organs and Implants. Most characters essence is Con+1, though nature based casters gain only Con in essence, as they are more easily able to be disrupted from their abilities. For every point (or even partial point) of essence damage into the negatives, you gain a negative level.

DM RULE: As this campaign is highly customized I might need to make additional changes on the fly. I will try and let you know, and if they affect you poorly let you rework your character. I will try and make them as little as possible, but they could potentially come up. Also, Rule 0 – what the DM says goes – is always in effect during the game. Feel free to debate with me after the session, sometimes I even get swayed to another way of thinking;)

20 Second Rule: While in combat (and in certain situations outside of it) you have 20 seconds to take your turn. This is to help keep the game flowing, but also to have the sometimes real event of information overload. In game time you have 6 seconds, 20 seconds should be sufficient to take your actions if you know your character and plan out ahead of time.

Critical Miss: I will not apply any penalty for critical misses.

Critical Hits: As serious injury is a real threat, and with healing magics severally crippled, I will implement new rules for critical hits. On a natural 20, if you confirm you do damage as normal. If the confirmation role is a 20, you done got fucked up. Roll on the table Critical to see the result of what happens. You will likely loose limbs, eyes, etc over the course of the game. There are prosthetic, cyber like limbs to replace them, and magic can replace them with enough money. It shouldn’t happen a lot, but expect it a few times during the game.

Saving Throes: On a natural 1 vs a reflex or fortitude save there is a chance that you take an injury. If you roll a one on a save roll on the Critical Magic chart.

Role-playing checks: Some skill checks (like diplomacy, intimidate, bluff) are really ones abilities to get their way done through persuasion or other methods. So, because I want the campaign to be more RP and Skill based, I am using an alternate system for rp skill checks. The range of + or – is from -5 – +5, depending on what you say, you will get a bonus or a – somewhere in that range. If you fail to say anything in character, and just make the skill check it defaults to -5. Its recommended that your face be able to communicate and be able to analyze situations.